We were contracted in May 2017 by FM Conway/WSP to survey all the existing underground utility assets and geophysical information within the Oxford Street district. The principal objective of the survey was to locate and clarify the extent, depth and position of all utilities, basements, voids and underground obstructions to allow design proposals for the Oxford Street Transformation project.

The area of survey is detailed below: 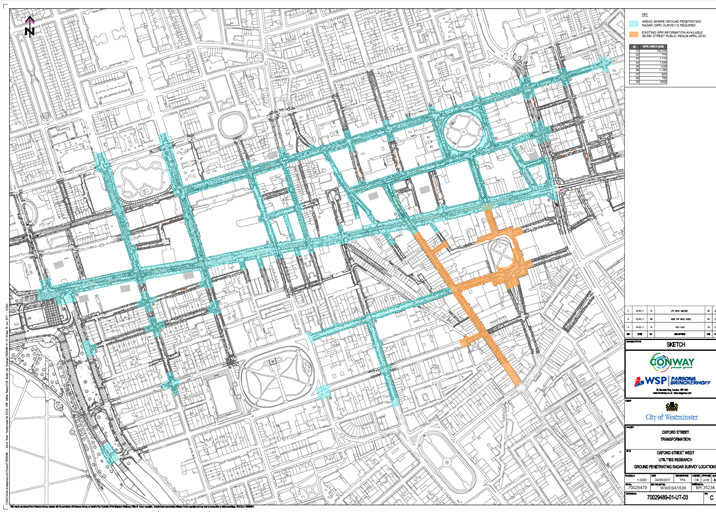 40Seven carried out the topographical surveys for the scheme earlier in 2017 so were aware of the busy nature of the environment and the high volume of vehicles and pedestrians. We were also made aware by the design team that the project was highly sensitive in terms of planning permission and because of this the survey works needed to have as little impact on the network as possible. We therefore recommended a mobile mapping Ground Penetrating Radar survey be carried out initially, as this work could be completed at night without the need for any road or lane closures, followed by a second phase to survey specific targeted areas of the site in which the number of services was dense using electromagnetic investigation work to bring the survey up to PAS128 standard.

40Seven’s bespoke mobile mapping ground penetrating radar equipment is designed to allow collection of large amounts of survey data in a short amount of time with a multi-array radar unit fitted to a 4×4 vehicle that can be driven legally on all roads. The survey area around Oxford Street included some narrow roads which included pedestrian crossings and islands, so it was critical the radar unit was positioned at the front of the vehicle to ensure full coverage of the survey area.

The design team were delighted with our proposal, as the program for collecting the data was far shorter than expected and did not require any notices, permits, notifications and permissions to be obtained.

Collection of the mobile mapping data was completed ahead of programme over a period of three weeks with the work taking place during off peak hours when the roads and footpaths were at their quietest. The mobile radar team consisted of three utility surveyors who worked on the project for the duration of the works to maintain consistency and ensure all areas were surveyed fully. 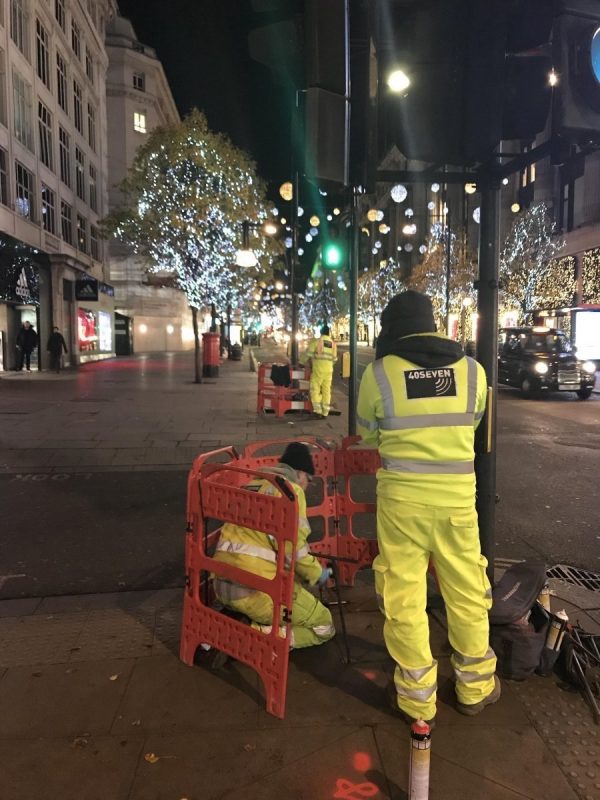 As the data was been sent in on nightly basis the processing team were able to commence with the processing of the data immediately which enabled us to deliver the results ahead of programme. The data was processed in each area with each utility located in position and depth. The utility information was then overlaid on to our existing topographical survey to relate the services that we had located to the inspection chambers on site. The C2 desktop stats for the whole area had also been procured and these were added to the drawing as record information in a separate layer and line-type.

The information was issued to the design team who were able to use this information to identify areas with a large amount of underground services that would be surveyed using electromagnetic techniques as per PAS128.

The electromagnetic element of the survey was then carried out by a four-person team consisting of a senior utility surveyor, a utility survey, a land surveyor and an apprentice surveyor.

All inspection chambers were photographed, and the name of the service owner was recorded along with the number of ducts and cables.

Once the areas had been completed the survey teams then processed the data in the office and produced AutoCAD drawings detailing the EML findings. This information was then compared against the GPR survey and the quality levels were then added to each line-type as per PAS128. A utility report was then issued detailing the findings in each area with the final deliverable for the project being a 3d AutoCAD file. 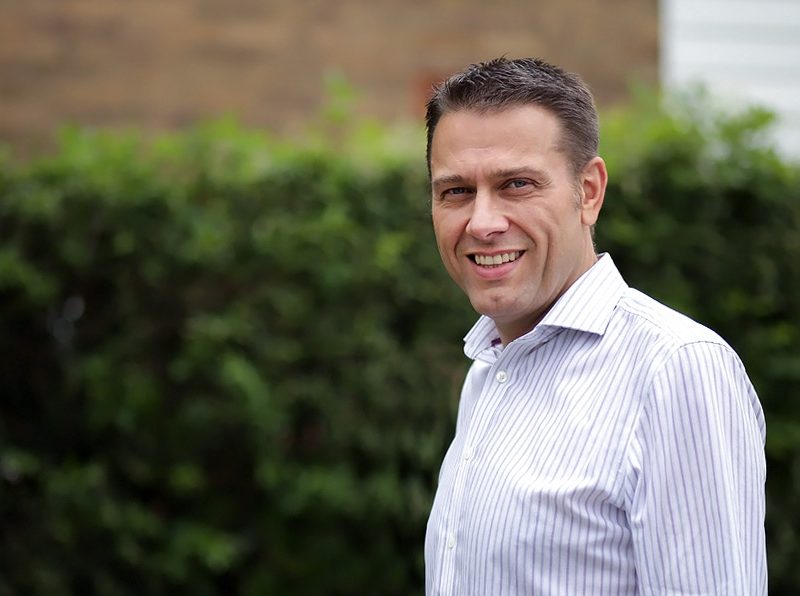